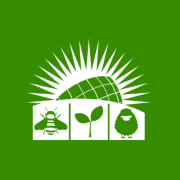 Driven by climate change and economics, energy generation is undergoing a necessary and rapid transformation towards non-emitting renewable energy, especially solar and wind. As the world decarbonizes, the energy grid will become distributed, characterized by increased local control and decreased transmission losses. The future grid also provides extensive energy security, local employment, and local risk reduction, if coupled with battery storage. Photovoltaics (PV), the direct production of electrical energy by photovoltaic cells, stand out as a key component in the required transition for social and economic reasons: scalability, safety, rapid deployment, longevity, reliability, resilience, and minimal emissions. In the last decade, the cost of solar has decreased precipitously and reached grid parity (costing the same or less than electricity from conventional sources) for most of the world in 2015. In 2019, unsubsidized residential solar was less expensive than most rates charged by utilities, while industrial solar-plus-storage produced electricity at rates that outcompeted all other means of electricity generation. Both residential and industrial solar have a miniscule carbon footprint, as compared with fossil fuels. Since globally 64% of electricity is generated through the combustion of fossil fuels, the potential to decarbonize through solar and wind is not only enormous, but is a societal imperative. Decarbonization of electrical generation becomes even more essential considering the adoption of heat pumps, electric vehicles, and other electrification initiatives. As shown by Jacobson et al. (2019), using just wind, water, and solar, almost complete decarbonization of energy is achievable before 2050. In this period of multiple crises, the UN’s Sustainable Development Goals (SDGs) offer a framework to understand and address global issues concurrently. The framework also ensures that tackling one goal does not incidentally hinder or reverse achievement of the others. Community owned solar, especially with added storage, contributes to climate change action, pollution reduction, and energy security, while reducing the relatively high energy burden for low income households. Before addressing avenues to and challenges of community solar, it is necessary to briefly summarize the many benefits of PV, separating societal benefits from benefits to an existing electrical grid. Given the stark reality of less than 10 years remaining to achieve the SDGs (United Nations 2015), community solar provides a readily available and economically viable solution to multiple SDGs. It targets the elusive middle ground in scale between residential and industrial solar and can deliver electricity competitively and at scale without requiring massive investment in supporting infrastructure. Most importantly, community solar provides more than just affordable and clean energy by democratizing the renewable energy transition. By giving power to the people, communities can utilize community solar programs in providing decent work, reducing inequalities, and increasing local resilience – while making a positive climate impact.