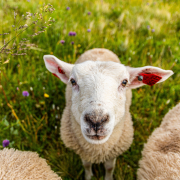 Delta County, Colorado, commissioners have given approval to the Garnet Mesa solar farm to proceed with developing a 475-acre, 80-megawatt solar farming facility that was previously rejected due to concerns about losing farmland. After developers modified their plan by added 1,000 sheep to occupy the farm, commissioners voted to grant the land-use permit, satisfied that concerns about losing farmland had been resolved due to the conversion to agrisolar.

“All negative comments were addressed by the applicant except for use of other desert lands for a solar energy facility. Those in favor of bringing a solar energy system to Delta mentioned helping the environment, additional tax revenue for the city, cheaper rates for customers and having a local energy source as reasons to support the proposal,” according to the Delta County Independent.

“Interior fencing will be added to facilitate safe containment for the sheep and to prevent overgrazing. Sheep will also be provided with watering sites and other facilities necessary for safety and well-being, according to project plans presented during an open house,” said the article.

“The two commissioners opposing the plan said they were concerned about the loss of agricultural land in the county. Guzman Energy has revised its Garnet Mesa project to ‘specifically address the agricultural and irrigation concerns raised by the community and commissioners,’ Amy Messenger, a company spokeswoman, said in an email,” according to The Colorado Sun.

Garnet Mesa is expected to produce enough power for 18,000 homes each year and to create an estimated 350 to 400 employment opportunities, including sheep and farm management.